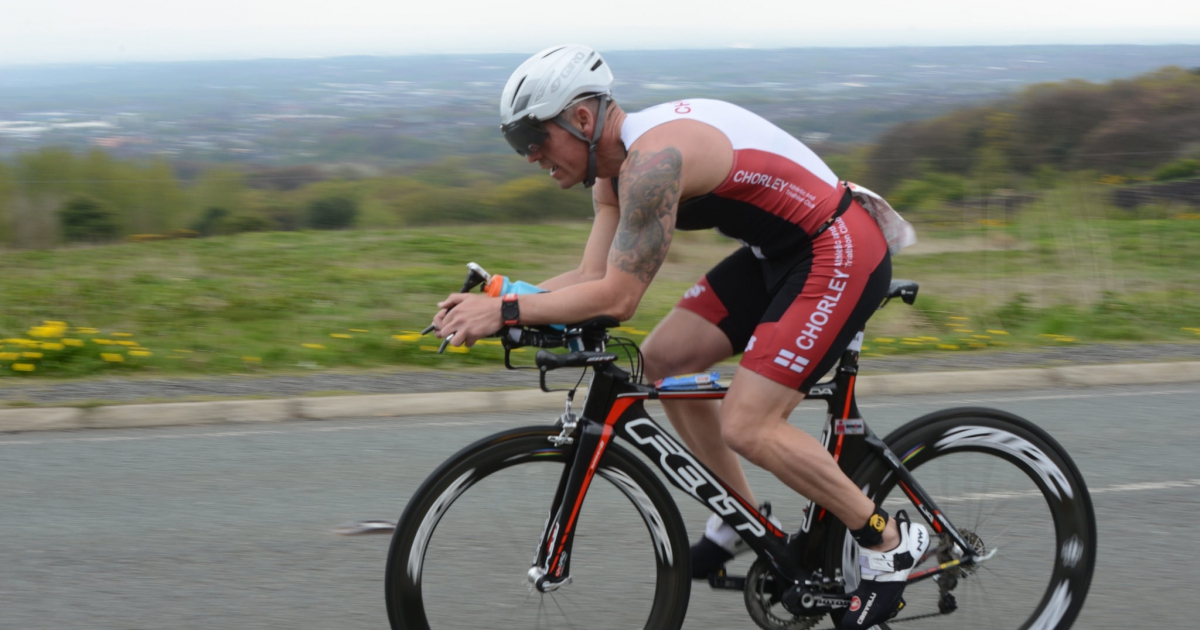 Two races in two weeks in the middle of a massive training block I must be mad!!

So,  still riding high from surviving the potential shark attack that was Kendal Sprint triathlon, this weekend I headed off to Howrich Triathlon organized by the wonderful people at Epic Events and the place where triathlon started for me back in 2010. I think it would be fair to say that this race is legendary from a local point of view and the start list reads like a who's who of local triathlon talent. Pair this with a course that isn't for the faint hearted and poor conditions on the day and you have all the ingredients for a real sufferfest

I headed down early for this one having made a lot of new friends on my recent trip to Majorca and having a load of team mates from Chorley AC & Tri going off in earlier waves than me. I get loads of support from loads of people on every local race I compete in so it's only right that I reciprocate, plus I love watching races, so it's no big deal. My wave wasn't until 13:05 something that was a little worrying from a traffic point of view as the day generally gets busier the later you start.

Bike racked with the minimalist approach and shoes clipped in for a second week (a potential cock up) and the only decision was whether or not to wear trainers for the 200m run to T1, no trainers it was, can't be bothered messing about I thought. At the pool side waiting for the brief I was talking to one on my good mates Scotty, who is somewhat handy on the old bike. Imagine my shock when he told me his TT bike had no front mech fitted and only a BIG ring of 58!! all this whilst giggling about it, strange folk cyclists. All I could think was I wouldn't get up the first climb with those gears, but I've never been the strongest of cyclists.

Race brief conducted by a tired looking Joanne McWilliams and I get put in lane 1 with one of the Army that is Tri Preston. This is where the fun started. We agreed to have half a lane each as there was only two of us, sensible to the last i thought. I took the lane line and my lane buddy took the wall side, and off we went. I've not been swimming a great deal so steady was the key to the swim for me. All was going well up to about lap 10 of 20 when I caught my left arm on the lane line, no big deal just carry on you may think, until I looked at my left arm. There it was gone, where my Garmin 920XT once sat was just a strap, not great. On the return lap I spotted it in the deep end of course!!! so now I was in a quandary, pick up the Garmin of not. I had to get it, so next length saw me do something which I thought I would never see let alone do. You all remember going down for the brick to get your pink stripe as a youngster whilst swimming with school, well I had to do the same thing for a Garmin mid race!! So there I am with a gallery full of spectators and the real fast lads waiting or having their race brief on the pool deck, not to mention an x professional triathlete Lucas Siska all the while I'm surface diving for the missing Garmin. Thankfully I got it first time so job done. Not entirely true because now I was carrying said Garmin so was doing a single armed fist drill. Anyway needless to say the swim was crap, but I wasn't the last one out of the pool this week.

The bare foot run to T1 wasn't too bad to be honest, only a couple of swear words. T1 Was quick again passing people all the way and getting deafened by the Chorley and Preston guys. The real bonus was the fact that Scott came out of T1 just behind me which helped me no end. My plan was to simply try and hang with Scott for as long as I could then at least try and keep him in sight, this would result in a good bike split for me. The climb from the pool out of Howrich is tough especially in a head wind, Scout Lane equally as tough, this is where Scott flew past, both of us giving Encouragement. Further down scout lane and Mr Lee Spoor was taking photos so it was belly in and serious face time. On the downhill Scott was flying and once on the Belmont road we both were thanks to a great tail wind. I managed to keep Scott in sight until the turn round at Houghton, then it all got a bit serious. What was a great wind turned into a nightmare. Couple that with the toughest part of the course and you are in a world of hurt. Scott started to pull away but thankfully there were other people to tick off which kept me motivated. And that was it for the rest of the ride, a real grind just picking as many athletes off as possible. Just a little food for thought here and I don't know what other people did at this point, but there was a mandatory dismount just prior to T2. I slipped my feet from my shoes then rode the 200 or so meters to T2 with my feet on top of my shoes passing a number of athletes in the process. this was faster than unclipping then re-clipping then trying to get the feet out for T2.

T2 fast again, I'm gonna start using this new found skill in all distances of racing now!! What to say about the run at Howrich, it's horrible. Basically straight up and down a fell is always gonna hurtno matter what your running ability is. I ran out of T2 with Scott which was nice and got a lovely bit of encouragement from his equally as lovely girls. I got deafened again by the Chorley AC & Tri and Tri Preston guys, then it got all quiet, me, my footsteps and a lot of heavy breathing. Focus was the key here keep tapping out at a nice steady rhythm ready for the steep hill. I have to say the run was great, I was on my toes felt pretty strong and relaxed. I got some great encouragement on the was up from a few friends Adam, Manny and Matt all who said I seemed to be running really well. Managing to run all the way to the summit I think confirmed this. The thing is could I run down. As you all will know this is a skill and a difficult skill on tired legs. Thankfully the legs were good, so target hunting was the order of the day. I actually felt like a runner coming down and clocked my fastest run on the course to date 36:30 so a great day from a running point of view.

I finished 11th over all in a time of 1:55:11 which I think was a PB for the course after another big week of training

I feel there are a number of people who I must mention. Firstly all the athletes and spectators from Chorley AC & Tri and Tri Preston, what a couple of great clubs full of superb people who I am really proud to know and call my friends. Additionally well done to Tri Preston on winning the £1000 team prize for charity. All the people on the course who cheered me on whilst racing themselves, too many to mention but loads of love to you all xx

Scotty for your company and for just getting round the course with those gears, I'd still be at it or on the roadside crying if I had tried that, but that's the difference between a good cyclist and an awesome one I guess.

Adam, Matt, Chris and Manny for the support at various points on the course, seeing you guys was great and makes me realize how lucky I am on the friends front xx.  Also thanks for the entertainment pre race Manny. Coming dressed as a Marathon Des Sables athlete was truly the highlight of the day for me.

A big well done to all the IMTC Athletes who once again did brilliantly after a great week of training, everything seems to be going in the right direction for you guys.

Epic events for putting on another really easy event, could have done this in my sleep, simply not hilly or challenging enough, a total doddle, might even do it in full fire kit and breathing apparatus next year. I am of course kidding thanks guys xx

Finally that man foggy and the up and coming Jack Hindle for taking 1st and 2nd Foggy in a new course record with a mind boggling 57:44 bike split which take it from me is incredible well done fellas

In reality though well done to all of you who competed in this superb triathlon where just getting round is tough and all the supporters who stand there for hours on end just to cheer us all on, isn't triathlon brilliant!!

Next stop for me and my good friend Andy Turner is the Monster Mojo 70.3 on the 14th May, a race I believe Tony Cullen won last year in some ridiculous time. The digs are booked, just hoping I booked a twin room not a double ,but hey we're both firefighters so a bit of top and tail won't kill us I'm sure

Take it easy everyone